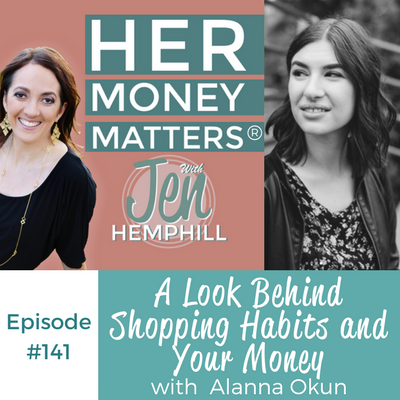 This week I am excited to introduce you to Alanna Okun who is a senior editor at Racked whose major focus is fashion. Of course we definitely talked about shopping trends and she was transparent and shared a little about the money anxiety she battles.

Alanna Okun grew up just outside Boston in an upper middle class family. Her dad worked the same job since after college, and was primarily focused on keeping the family comfortable. Most of Alanna’s day-to-day money knowledge came from her mother. Alanna’s mother was a stay at home mom who inherited the habit of saving money as armour from Alanna’s grandmother. This habit was therefore passed down to Alanna. She grew up comfortable with money as a subject of conversation, yet she had the issue of ‘hoarding’ money for safety reasons.

Racked is a part of Vox Media, and focuses primarily on shopping in real life. Most of the site is dedicated to money’s relationship with the rest of the world, and why/how individuals choose to buy the things they do. Alanna has been the senior editor at Racked for over a year. She is part of a primarily female team and focuses on first person writing.

How Do You Shop Series

The How Do You Shop Series, led by Alanna’s team, started in July of 2017. Individuals with interesting relationships with money are chosen to be interviewed. So far, the team has interviewed everyone from single-mothers, to sex-workers and world travellers. The series highlights the money philosophies and management strategies obtained by these individuals throughout their lifetime.

Personally, the series has helped Alanna to focus on making her money work for her rather than fret paycheck to paycheck. It has exposed her to many perspectives and allowed her to learn concrete money strategies.

Since the majority of the individuals interviewed were women providing for their families, a common theme was anxiety toward money. Everyone had been touched by debt, and most did not talk much about it since it was perceived as a weakness or taboo. People had different attitudes toward opening up. Some people had strong definitions of who they were, while others were more flexible, regardless of their income. The series gave these individuals a chance to share their money struggles and thoughts, and empower themselves by degrading the stigma.

One of Alanna’s most memorable strategies was inherited from her former co-worker while working on the series. This strategy involved tracking every dollar spent through email drafts or notes on a phone on a micro level. This processes allowed for the analysis of where small savings could be made. Later this data could be implemented into a spreadsheet to reveal a breakdown of costs and expenses without the use of a fancy app. Alanna decided to track her spending Wednesday to Wednesday, since weekends were strikingly different to the rest of the week. Tracking this way allowed for the abnormal spending to be in the middle of the week, rather then the end or beginning.

The Curse of the Boyfriend Sweater Talks

Alanna’s new book, The Curse of the Boyfriend Sweater Talks focuses on her passion for crafting, a hobby inherited from her grandmother. This book describes Alanna’s way of grounding all aspects of her life through crafts, such as knitting and crocheting. Since she lives alone in an expensive city, most of Alanna’s anxiety comes from money related origins. In her book she touches on the concept of facing fears to realize the issue is not as scary as it may seem.

Alanna’s book: The Curse of the Boyfriend Sweater Talks **

Your copy of My Daily Money Ritual

This episode is sponsored by our friends over at FabFitFun! Use the code HERMONEY to get $10 off your first box over at  www.fabfitfun.com.

The post, HMM 141: A Look Behind Shopping Habits and Your Money With Alanna Okun appeared first on the Her Money Matters Podcast.

HMM 140: Acknowledging The Unspoken Matters When She Makes More With Farnoosh Torabi
HMM 142: The Seven Daily Risks That Can Lead To Financial Disaster With Shannon Harvey

Take control of your dinero. Login to The Lounge.
×
My gift to you for being an amazing listener of my podcast :-).