By Jen Hemphill on November 1, 2018 in HMM Podcast, Podcast 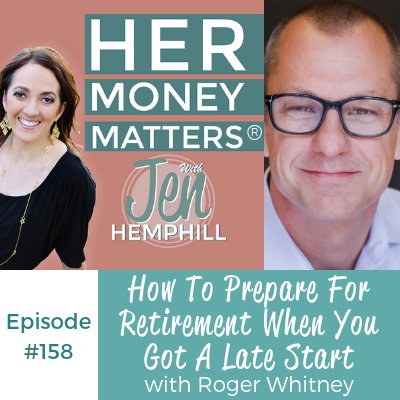 Do you feel you have started late in preparing or retirement? I’ve got good news for you as I have Roger Whitney to share with you what it is you can do.

Roger’s family never spoke about money. Even during his college years, he had little knowledge of finances and savings. The only impact his parents made was in terms of retirement, which he grasped later. Roger’s mother was a single mom for many years before marrying his stepfather. Roger and his mother had open discussions about life. His mother discussed how she sacrificed much of her life caring for her children, and planning for a nice retirement. She became an attorney at 40, again thinking about preparing for the future. When he graduated from college at 22, his mother had been sick with cancer, and passed away at 48. This truly impacted him later when he later worked on retirement. The cost for his mother was sacrificing her life for a future that was not guaranteed; She missed most of her life working for a future that wasn’t promised.

Roger’s mother had the pressure of the times she lived in. She had gotten divorced in the 1970’s, and was forced to bring home the bacon, and create a reasonable family. Roger rode the public bus at 9, with transfers, to get home from school. In modern times, if you find yourself divorced with children, you might have more experience, but it affects retirement planning. Even after her second marriage, Roger is sure his mother was still always thinking about planning to be ok if she ended up on her own again.

How do you come back to being a good steward for your life? At many times, Roger’s wife made more money than him, and left work early to take care of the kids. Once they were grown up, however, His wife went back to work. She only recently officially retired. It comes down to independence: for women, working is a way to gain independence. Her mother had told her that she needs to be able to take care of herself. It was hard for Roger’s wife to let that go.

There is a natural tension when it comes to the future. We want to have a great life today, but want to be prepared for the future. Too many retirement countries focus on the future, without acknowledgment for the importance of today.

Someone in their 40s or 50s has finally paid off their debts, and are secure. Now they want to focus on their retirement. What they currently have in place is small. What do they do?

Saving is important, but be careful with buying into the mindset of sacrifice. The odds of you being able to save enough to be ok is pretty low when preparing late. If you use a normal math calculation, you usually won’t be able to meet the mark. Many get into careers not finding their passions. They often get into something that might pay well, but they don’t want to stay there. What you need to think about is how to generate sustainable income, and give you more time freedom? Find these options while you still have your day job and test them. How can you make money from your passion or skills? Investing in skills can add to an increase in money. There is only so much you can do in terms of frugality, but there is no limit to income.

Tradition retirement planning worked for our parents and grandparents. The current reality is that we are fighting the problems of previous generations. The people outside the financial world are thinking about that reality, and are using their creativity to work around the issues.

Someone in their 40s or 50s might still have debts, and a low cash flow. Now they want to focus on their retirement. What do they do?

A project management system. Most people try to make a decision because they are in pain or excited, and they make a decision on that one issue. This is a bad decision. Instead, there should be a process: where do you want to be in 5 years? What are the things you can take to make baby steps towards that goal? What is your income and spending? Can there be any changes made? Any new opportunities to make more money? What is your net worth? If you know where you want to go, and you define the strategy, the tactical stuff is very easy to get through. When you are under stress, the knee-jerk reaction is to get rid of the pain. The immediate response might not be the best option. By doing this, you will make a much better decision, no matter what your current situation is.

The Distinction with Women

According to Roger, women are much better decision makers than men. They are much more intune with themselves. It is just a matter of fostering those abilities. You probably have more skills than you realize.

The post, How to Prepare for Retirement When You Got a Late Start with Roger Whitney | HMM 158 appeared first on the Her Money Matters Podcast. 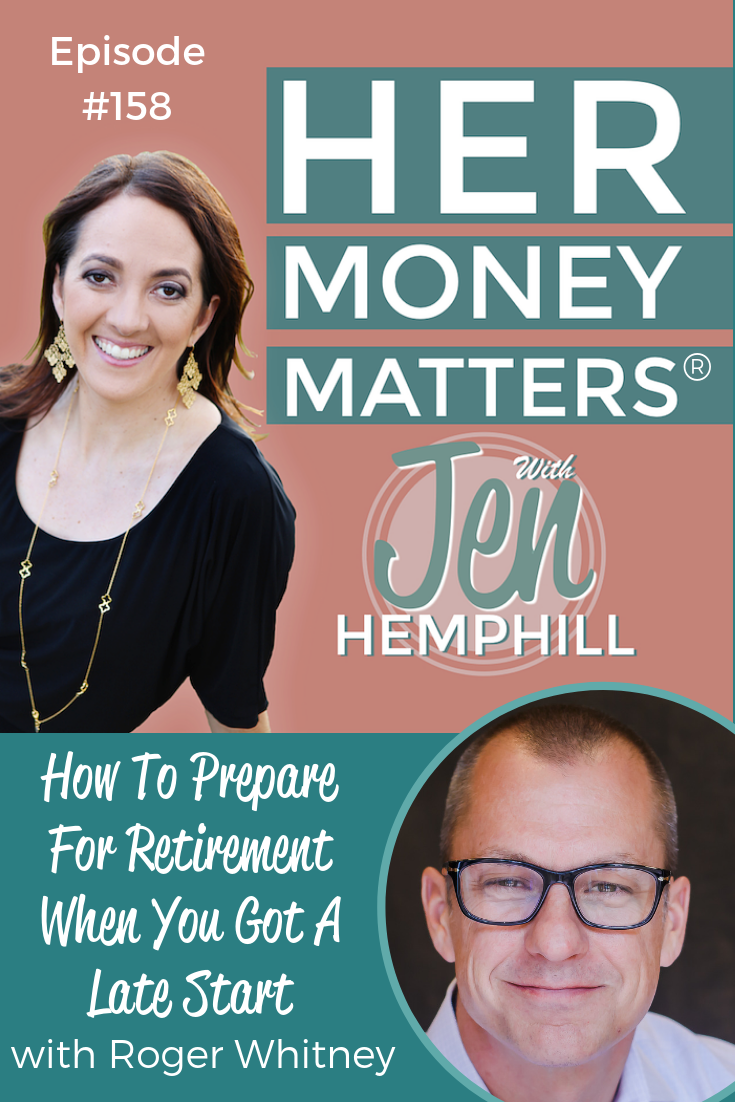